A watch is an essential accessory that is both visually appealing and functional. When you make the decision to invest in a good watch, you have to make several decisions before you move forward. After all, different brands, styles, and types of watches all come with their own unique elements that help them stand out from others in the industry. One of the decisions you need to make is the type of movement you want from your watch.

What Is Watch Movement? 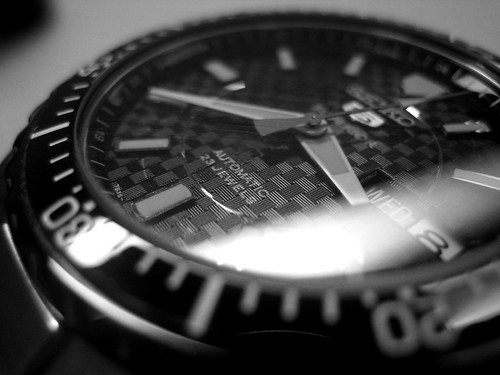 Watch movement refers to the method that makes a watch tick, or the way the hands move on the face of a watch. While this might not seem like a major factor in deciding on the watch you want, you may find that you prefer certain movements over others. The three main types of watch movements are manual, automatic, and quartz. You may also see other movements, such as mechanical, anatomical, or Japanese quartz, but these generally fall under the three main types.

When a watch is designed and manufactured, the watchmaker behind the piece is focused on the interior just as much, if not more than on the exterior. As a result, the way your watch hands move is an integral part of its overall appeal and functionality. Someone with an eye for detail will likely notice and appreciate the mechanism within the watch that drives its movement.

Each type of watch movement has its own pros and cons, so understanding the differences can help you make a more informed decision. Even more importantly, knowing the types of watch movements and what they mean can help you avoid spending a lot of money on a watch, only to find that the way the hands move bothers you.

As mentioned, the three main types of watch movements are manual, automatic, and quartz. Below, you can find some of the benefits and drawbacks of each, as well as what makes each type different from the others.

A manual movement, also referred to as a mechanical movement, allows the second hand to move in a sweeping, smooth motion without individual ticks. In order to function, a watch with a manual movement must be manually wound regularly. How often you have to wind this type of watch depends on the manufacturer, although most recommend winding them once per day. Modern watches can’t be overwound, as most feature a mechanism that separates from the mainspring when fully wound.

Within a manual or mechanical watch, you’ll find a spring-driven mechanism, which is what requires winding. The key difference between a manual and a quartz movement is the battery. Mechanical movements don’t need batteries, relying instead on a complex set of moving gears and springs that fuel the movement of the hour, minute, and second hands on the watch. Some are so complex that they rely on the gravitational pull of the earth to compress the mainspring and create kinetic energy.

Many watch enthusiasts refer to the complexity of movement within a manual watch as a form of art. With this type of watch, you don’t have to worry about replacing a battery. When cared for properly, a mechanical watch can last a lifetime and even be passed to a member of the next generation. You may even find a watch with this type of movement that features a clear case on the back, allowing you to see the small parts as they move together to keep the time.

A watch with an automatic movement, also known as a self-winding timepiece, harnesses the kinetic energy produced by the motion of the wrist of the person wearing it to keep the time. It contains a mainspring that winds automatically as you wear it, although some of the functionality of the internal mechanism is similar to what you’d find in a manual watch. This mechanism includes a rotor, which can move freely and connects to the other components. As the wrist moves, the rotor spins and transfers that energy to the mainspring.

With an automatic watch on your wrist, you don’t have to worry about winding it. However, if you tend to rotate between watches, you may find that the automatic one stops keeping the accurate time after a period of nonuse.

A watch with a quartz movement receives its power from a battery and moves the second hand in individual ticks. This type of movement was introduced in 1969 by Seiko, a Japanese watch brand. Quartz movement was part of a technological advancement that challenged the idea that a mechanical movement was the only way to power a watch. After Seiko released this watch movement, many manufacturers across the globe released their own versions. This action resulted in the start of a battery-operated watch era.

This type of movement works with a battery that sends an electrical signal to a piece of crystal quartz within the watch. Upon receiving that electrical signal, the quartz will vibrate at a rate of 32,768 times per second. The high vibration rate results in an incredibly precise frequency signal. The circuit within the watch measures those vibrations, converting them into one pulse per second. As the pulses continue, the watch hands can move constantly in response, resulting in accurate timekeeping.

Quartz movement comes with several key benefits. One is its accuracy, as a quartz mechanism very rarely veers away from the exact time. Since quartz watches contain batteries, they don’t have to be wound or otherwise interacted with by humans to function, except to change the battery. Additionally, these watches have fewer moving parts, which means they are easier to maintain and less likely to require repair. Quartz watches are durable yet more affordable than many other options.

If you still have questions about the type of movement you want in your timepiece or the benefits of a particular type, chat with us at AaLAND Diamond Jewelers. We have experienced and knowledgeable jewelry experts who can answer your questions and help you find the perfect watch to add to your collection.