Tiffany & Co., a United States-based luxury jewelry retailer, is currently owned by LVMH. On November 25, 2019, Tiffany & Co. was purchased by LVMH, a luxury conglomerate that owns several companies in various industries. Tiffany & Co. sold to LVMH for $16.2 billion, a record-breaking sale. This is the most expensive acquisition made by LVMH to date.

LVMH, which stands for Louis Vuitton Moët Hennessy, is a French family-run luxury conglomerate that currently owns 75 different brands in six different business sectors. Industries that the company has brands in include jewelry, watches, selective retailing, perfumes, cosmetics, fashion, leather goods, and wines and spirits. Brands owned by LVMH include:

LVMH was founded in 1987 by Bernard Arnault and Alain Chevalier when Louis Vuitton merged with Hennessy, and the company controls an estimated 60 subsidiaries. Most subsidiaries operate independently. LVMH is headquartered in Paris, France, and is listed on the Euronext Paris exchange where investors can purchase stock in the company. Currently, 30% of the organization’s staff is based in France, and the conglomerate employs more than 83,000 individuals and has more than 2,400 stores worldwide.

Why Did LVMH Purchase Tiffany & Co.? 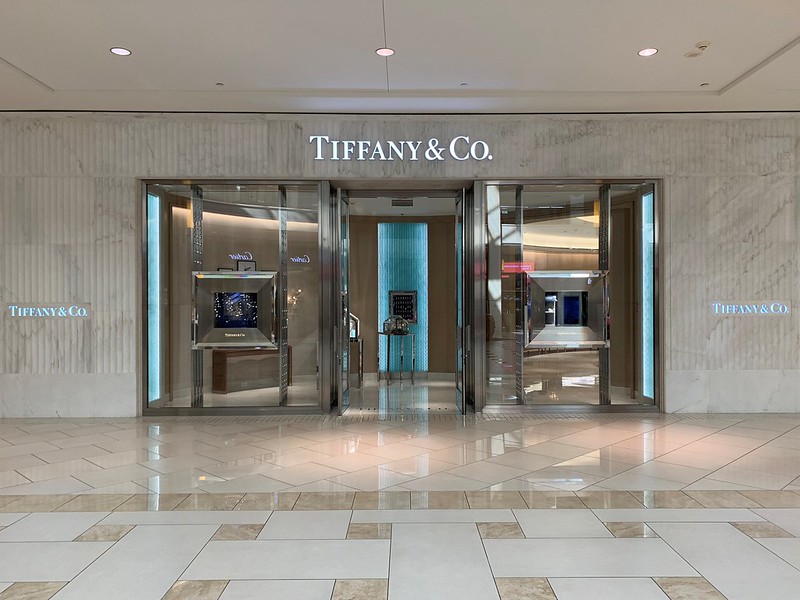 LVMH is believed to have purchased Tiffany & Co. as a strategy to better compete with its peers in the luxury jewelry division. Before the acquisition of Tiffany & Co., LVMH had only six brands in its watches and jewelry division. Owning the iconic jewelry brand provides an enviable boost to LVMH’s portfolio and sets the luxury conglomerate apart from peers such as Kering and Richemont.

When Did Tiffany & Co. Get Its Start?

Tiffany & Co., often referred to as simply Tiffany’s, was founded in 1837 by Charles Lewis Tiffany and John B. Young. The company originally offered an assortment of stationery items and knickknacks. Tiffany & Co.’s first location was in Brooklyn, Connecticut, and then it moved to 259 Broadway in Lower Manhattan where it operated as “Tiffany, Young and Ellis.”

In 1853, Charles Tiffany took complete control of the company and renamed it Tiffany & Company. Under the control of Tiffany, the organization began to focus solely on jewelry. Tiffany & Co. became a household name in the jewelry industry when Charles Tiffany’s son, Louis Comfort Tiffany, took over the business in the early 20th century. Under his leadership, the company introduced colored gems that at the time were unknown to the public, such as kunzite, morganite, tsavorite, and tanzanite, and offered the most brilliant diamonds available on the market.

Who Else Has Owned Tiffany & Co. in the Past?

Tiffany & Co. has had a few different owners throughout its history. In November of 1978, Tiffany & Co. was purchased by Avon Products, Inc. for an estimated $104 million in stock. Under Avon’s leadership, Tiffany & Co. suffered a downfall in reputation as customers reported declining service and a lower quality of products, as well as significantly reduced prices.

How Many Stores Does Tiffany & Co. Have?

As of March 27, 2020, there are currently 326 Tiffany & Co. stores throughout the world, including in Japan, Europe, the United Arab Emirates, and Asia-Pacific. Tiffany’s flagship store, located at the corner of Fifth Avenue and 57th Street in Manhattan, New York City, has been in place since 1940 and still stands today. The largest store outside of New York City in the United States can be found at Fairfax Square in Tysons Corner, Virginia. This store has an estimated 14,500 square feet of retail space.

The largest European Tiffany & Co. store is located in France at the Avenue des Champs-Élysées. The second-largest Tiffany’s location in Europe is located in Brown Thomas in Dublin, Ireland. Other European Tiffany’s stores can be found in Rue de la Paix, Paris’ Charles de Gaulle Airport, Galeries Lafayette, Printemps department stores, and on the French Riveria in Nice.

There are also several Tiffany & Co. locations in the United Kingdom, including at London’s Heathrow Airport, in Manchester in the Selfridges Exchange Square, in the Westfield London shopping center, and on Old Bond Street.

Tiffany & Co. is primarily known for its diamond offerings. In fact, Tiffany’s geologist, George Frederick Kunz, played an integral role in creating the U.S. sterling and platinum jewelry standards that are used today.

The following are a few of the many products offered by Tiffany & Co.:

Tiffany & Co. is certainly a well-known jewelry company, but there are several other companies that can provide jewelry products of equal value. Be sure to take a look at our enormous collection of diamonds and gems over at AaLAND Diamond Jewelry.